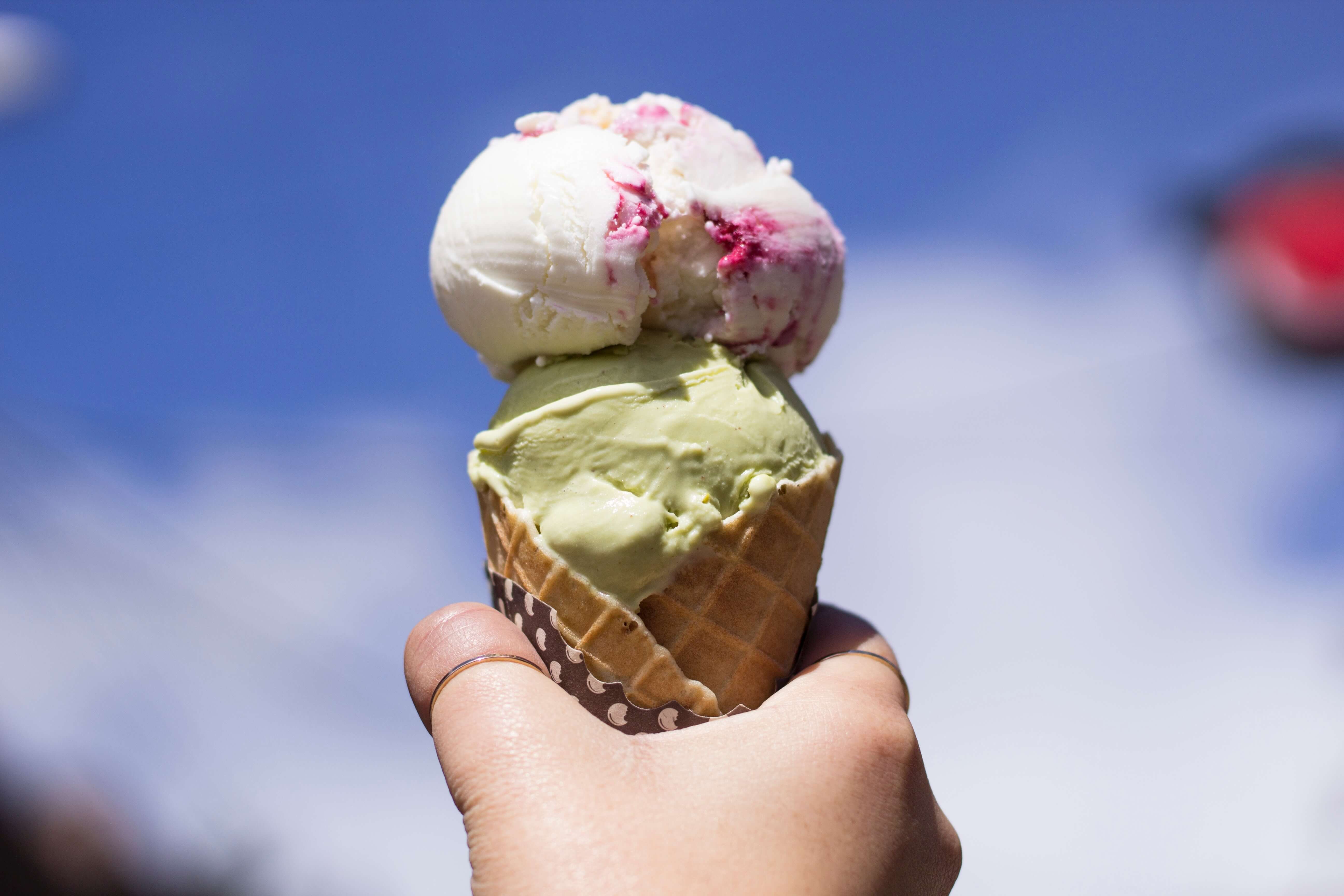 How do you make decisions? There's more to it than you might think.

If you, like us, have been enjoying the extremely (okay, relatively...) HOT weather in the UK then, inevitably, choosing an ice cream flavour will have been one of your top five ‘major’ decisions this July. Perhaps even one you’ve been forced to make multiple times. Lucky you.

For most of us, choosing an ice cream flavour feels pretty intuitive and requires no forward thinking or post-choice regret. Unless you chose rum and raisin. Nightmare. Perhaps because of the instinctive nature of small decisions like these, we are tempted to see them as revealing. And, though we could speculate endlessly on why some people always stick with vanilla, actually, it’s not why we make decisions that’s most interesting, it’s how.

How do we distinguish between decisions like, ‘what flavour ice cream shall I have’ and ‘which of these two job offers should I take’? Clearly we cannot - or at least should not - apply the same methodology to both, but how does this work and how do our brains know the difference?

Psychologist Daniel Kahneman’s bestselling book, ‘Thinking, Fast and Slow’ (2011) introduced the idea that there are two distinct decision making ‘systems’ in the brain. Drawing on decades of research with fellow psychologist Amos Tversky, the book outlines the difference between system 1: where decisions are made quickly and influenced by memories and emotions, and system 2: where decisions are deliberate, logical and highly contextual. It’s comforting to know that those really tough, important decisions will be processed entirely differently to our, often frivolous, daily decisions isn’t it? Because surely our brain will automatically guide us down the right psychological path so we don’t make any mistakes? Actually, no, not necessarily.

In fact, as Kahneman and Tversky (1982) described it, it’s our ‘heuristics’ that dominate much of our thinking. Later identified by Kahneman as a component of system 1, this is what us civvies might refer to as a ‘gut decision’. Something that ‘just felt right’. Even if, sometimes much later, the outcome of the decision was far from ideal. Applied to choosing an ice cream flavour,, heuristics are eminently useful. We absolutely do not need to keep the people in the queue behind us waiting any longer while we grapple with the merits of raspberry ripple vs. clotted cream and blackcurrant. Those low impact decisions benefit from snappy certainty and to apply any more thought to them would, let’s be honest, be a waste of our precious time.

And our precious time is likely the reason why this form of decision making exists. Our brains process huge quantities of information every single second. We are constantly, largely unconsciously, assessing and appraising our surroundings and the people in it so that we can work out how best to respond. Because of this, our brain needs some shortcuts and that’s where biases and stereotypes come in handy. Quickly being able to categorise a person, place or activity helps us to make simple, basic decisions that, theoretically at least, leaves room for the more important stuff.

In his 2005 book, ‘Blink’, Journalist Malcolm Gladwell extolled the virtues of quick thinking and gut decision making. He cited examples of antique dealers who could tell a fake from a phoney in just one look and in doing so exposed the truth about intuition; it works, but only if you have a lot of subject matter expertise. Sure, anyone could look at two supposed antiques and make a decision about which one looks right and which one looks ‘a bit iffy’. But they will probably get it wrong (or at least, they only have a 50% chance of getting it right, maths fans).

We should all be able to trust our instincts about a place, person or any course of action we take but we should all be aware that, unless we actually know enough, our decisions are run on inherent and unavoidable bias, memory and association. Which are, of course, subjective by definition.

So, when should you try to shift your thinking to system 2? Well, like all things psychology, it depends. How high are the stakes and how far reaching are the consequences of the decision you are about to make? Who else is involved, what information are you missing and what preconceptions, biases and other psychological shortcuts might you need to challenge? There may be certain types of decisions that you always take time to think about but, usually, switching to system 2 takes concerted effort and practice.

It can be hard to recognise the difference between your system 1 and 2 thinking. It takes objectivity - something we can rarely apply to ourselves - to distinguish between facts and conjecture. Especially when the latter can be all too easily supported by the information echo chambers we unwittingly find ourselves within. If in doubt, assume that with the sheer amount of, as Kahneman describes it in his 2021 book, ‘noise’, you are probably underthinking the majority of your decisions. So, how can you make sure that you are able to  access that all important system 2 for the decisions that really matter?

Analysing your thinking is a good place to start; taking the time to think deeply about the problem or options you are faced with. Cal Newport (2016) introduced the concept of ‘deep work’ and, though his theories are more typically associated with completing a task, the practice is just as useful in the decision making process. Making a concerted effort to avoid distraction, weighing up pros and cons and imagining the impact of the options you may choose, are all conducive to system 2 thinking.

Doing this alone is possible but challenging. How can we avoid the noise that we aren’t even consciously aware of? Having an unbiased audience to share your decision making process with, or even to help you with that process, can create more clarity of thought. Sharing your decision making burden with someone else can help you to find a balance between intuition and objectivity. System 1 always has a place, it just needs to be kept in check when the stakes are high. Often, we find that the answer to a problem is in the things we don’t say, rather than what we do. An observant listener will notice these non-verbal cues and be in a position to ask questions that can cut to the heart of an issue; making it easier to get to a decision you feel happy with.

Yes, this could be your partner / dog / best friend / person you sit next to on the train. But, wouldn’t it be better if it was someone who understands the specifics of your situation, industry or job role? Someone who can ask you the right questions or no questions at all but that you know just, ‘gets it’? The power our peers have to help us make better, more informed and more sustainable decisions is immeasurable.

To find out more about how you can harness the support of peers, book a free demo of Voco. It’s the easiest decision you’ll make today.

Ready to meet your matches?