How to play the generation game at work 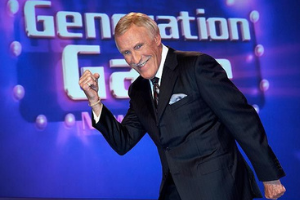 There are four distinct generations in today’s workforce. Ranging from the baby boomers; born just after the second world war into a climate of hope and positive human endeavour, to the Gen Zers; born into an age driven by advances in technology, under the cloud of human-made planetary decline. To say that these two generations have different world views, would be an understatement.

So how can organisations hope to mobilise and motivate such seemingly disparate groups and avoid becoming ‘a dysfunctional family'? How can career management be a ‘thing’ when even the word ‘career’ might have very different connotations for the people in each group?

In an effort to create a cohesive organisational culture, there is often a temptation to homogenise rather than highlight difference. But this is a mistake. The goal is not to create division but rather to build respect based on understanding and, ultimately, acceptance.

So what are the differences between each generation and why do they matter?

The Baby Boomers are heading towards retirement, but that doesn’t mean they are racing out of the revolving doors. In fact, recent research suggests that many people of retirement age are staying in the workplace longer. Economic instability seems to be the main driver for this behaviour and, since many Boomers value stability above all else, they are less willing to settle for a financially rocky retirement.

But, are the Gen Zers bounding into the workplace demanding to replace the Boomers on the career ladder? Not really. In fact in many ways, quite the opposite is happening. Gen Zers are reportedly less career driven than their more experienced counterparts. In their 2020 report on how Gen Z will shape the workforce, Deloitte found that this new generation is less motivated by money than any of their generational predecessors. Rather, they expect the organisations they work for to prove themselves to be good global citizens. A sense of pride and purpose trumps the pursuit of personal wealth for this group, hands down.

Sandwiched between these two generations are the Gen Xers; with their belief in the value of hard work and economic progress, and the Millenials; who possess the optimistic entitlement of a generation born into relative economic and political stability. There is a natural and obvious tension between these two groups and it’s no wonder that, when it comes to career progression, millennials are likely to be some of the most frustrated and potential flighty members of your team; PWC’s 2020 report found that 41% of this group expected to stay in their current job for less than two years.

Understanding, valuing, exploring and explaining these differences are what sets a generationally inclusive and progressive organisation apart from the rest. We can all learn from each other, without the need to reframe different beliefs to squeeze into a ‘one size fits all’ culture.

It's important to remember that no one can be defined solely by the generation they were born into. There are nuances; think of the delightfully termed, Geriatric Millennial. Plus, as in all groups, there are individual differences aplenty.

Letting assumptions about generations dictate the career support you offer is a dangerous path that can result in decreased motivation all round. It is never ‘too late’ to develop and it is never ‘too soon’ to settle. It all depends on the individual; what excites them, what they need from work and what’s on offer in their chosen career. Delving into the detail of what career development really means for each person and presenting them with the opportunity to explore all the avenues open to them is a great starting point.

It’s not possible for organisations to actively manage the careers of all of their employees. No generalised development programme will solve this problem. Instead, the most inclusive path is to allow people to be the masters of their own career destiny. To do this, they need a place to talk honestly about their career expectations without fearing their views will be dismissed or misunderstood.

A culture of understanding

Nuances aside, generational differences "...are really impacting the way that we communicate, the way we listen, and what we think might motivate the person sitting beside us", says HR Consultant Bruce Mayhew. Encouraging people to learn more about each other can help to break down potential division between different generational groups. A recent article in the Guardian exposed some of the preconceptions and assumptions between generations as false or, at the very least, misinterpreted. As a wise person once said, ‘it’s good to talk’ (and yes, that is a generationally specific reference).

In order to be open to the perspectives of others, we need to feel heard and understood. We need to feel safe, supported and valued. Generational difference can feel isolating, so connecting with peers who understand our perspectives can be a crucial lifeline. Having someone on your side who just ‘gets’ you is confidence boosting, encouraging and fosters a sense of belonging. The goal is not to fragment organisations further, but rather to give every generation connections that help them to make sense of their working world on their own terms.

There is no one size fits all approach to bringing four generations along for the organisational ride. The best way to move forward is to embrace the differences, allow and enable people to find their tribes and, in doing this, encourage communication and collaboration to thrive.

Ready to meet your matches?